After we released our app that supports iOS versions 13.2 and 13.3 and is built with Xcode 11.3, we received feedback from a user reporting major issues on iOS 13.4 beta. Our app didn't build against iOS 13.4 in Xcode 11.4 beta due to big changes in SwiftUI and while we were going to address those problems in the future, we needed to make sure that the production version of the app would not be completely broken as soon as the new iOS comes out.

What we needed was to test the build from Xcode 11.3 on simulators running iOS 13.4 and make the necessary adjustments in our code if possible.

If you are in a similar situation, that is if you want to release an app built with an older version of Xcode, but want to test the app on the beta iOS simulators, you can follow the steps described in this article to transfer your build to the beta simulator.

First, build your app with your production version of Xcode targeting the device simulator you want to test it on. Open Activity Monitor and find the app process. It will be called the same as your app name. Double-click on it and go to Open Files and Ports tab. Then, copy the path to your app directory, excluding the last component. 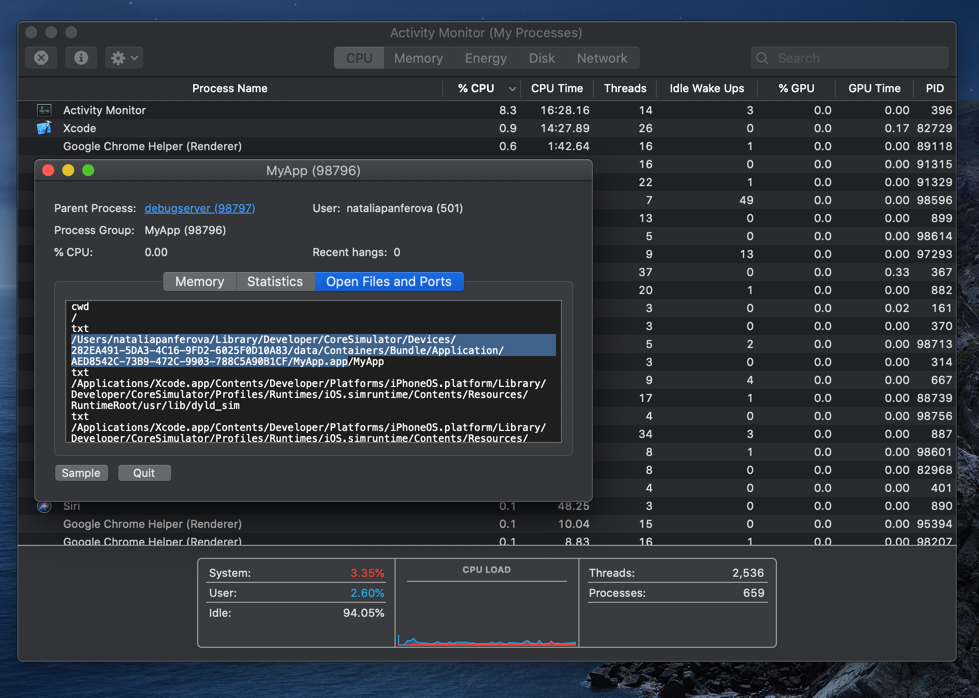 Open your Finder app, in the top menu bar click Go > Go to Folder... and paste the path to your app that you copied from the Activity Monitor. Copy the app build (the file with the name of your app) to your Desktop.

Quit the production Xcode and open the beta Xcode. Make sure that your beta Xcode has the simulator that you want to test your app on added to its list of simulators.

Now we can test our app built with a production Xcode on a beta simulator and find problems early on.

If you are enjoying our blog and would like to support us, you can now sponsor us on GitHub.